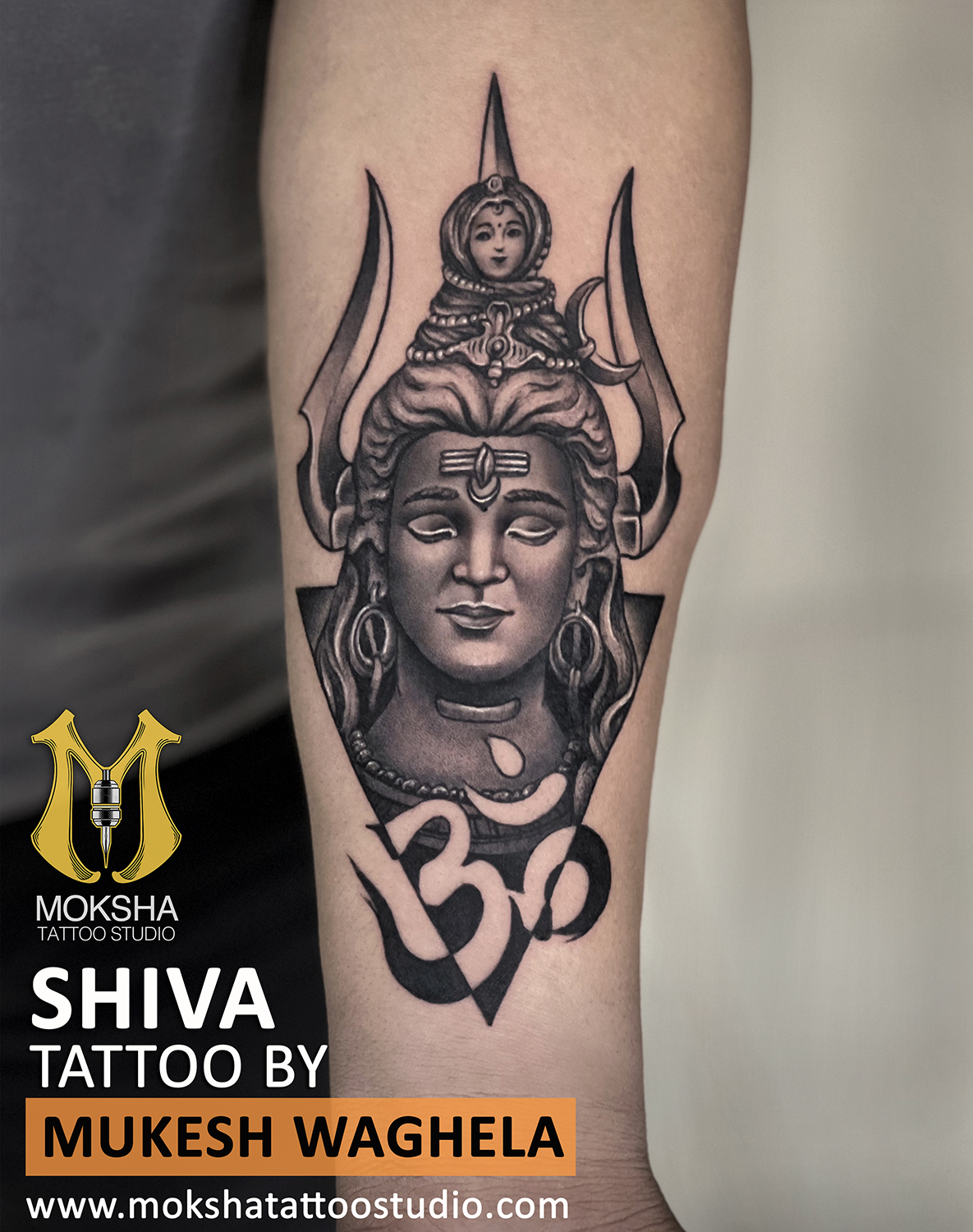 Lord Shiva is considered one of the strongest and most unique gods in the Hindu religion because he represents a combination of both good and evil. He is usually considered the destroyer of the negative energy amongst us and lets positivity flow within.

Trishul is a very Hindu religious tattoo design. Trishul (trident) tattoos are generally related to Lord Shiva, as Lord Shiva always had a Trishul in his hand which also represents the importance of weapons in the Hindu religion.

Om is a symbol conveying many meanings. Even if it is often written as OM, the sound is actually spelled AUM. A popular signification of Om is that it’s the first sound of the Universe or the sum of all sounds.

Combined all together in a customized tattoo made an outstanding outcome created by Mukesh Waghela the Best Tattoo Artist in Goa. A combination of rage and calmness in one tattoo really balanced and truly represented the client’s personality.

We can create a meaningful tattoo for you too. If you like our art and want to get a tattoo, Contact the best tattoo studio in India on

Moksha Tattoo Studio is one of the biggest chains of tattoo studios in GOA, started by a well qualified artist Mr. Mukesh Waghela after obtaining a professional degree in tattoo making from Thailand Tattoo School in 2003.

Get all latest content delivered to your email a few times a month.
×
×

Item added to your cart